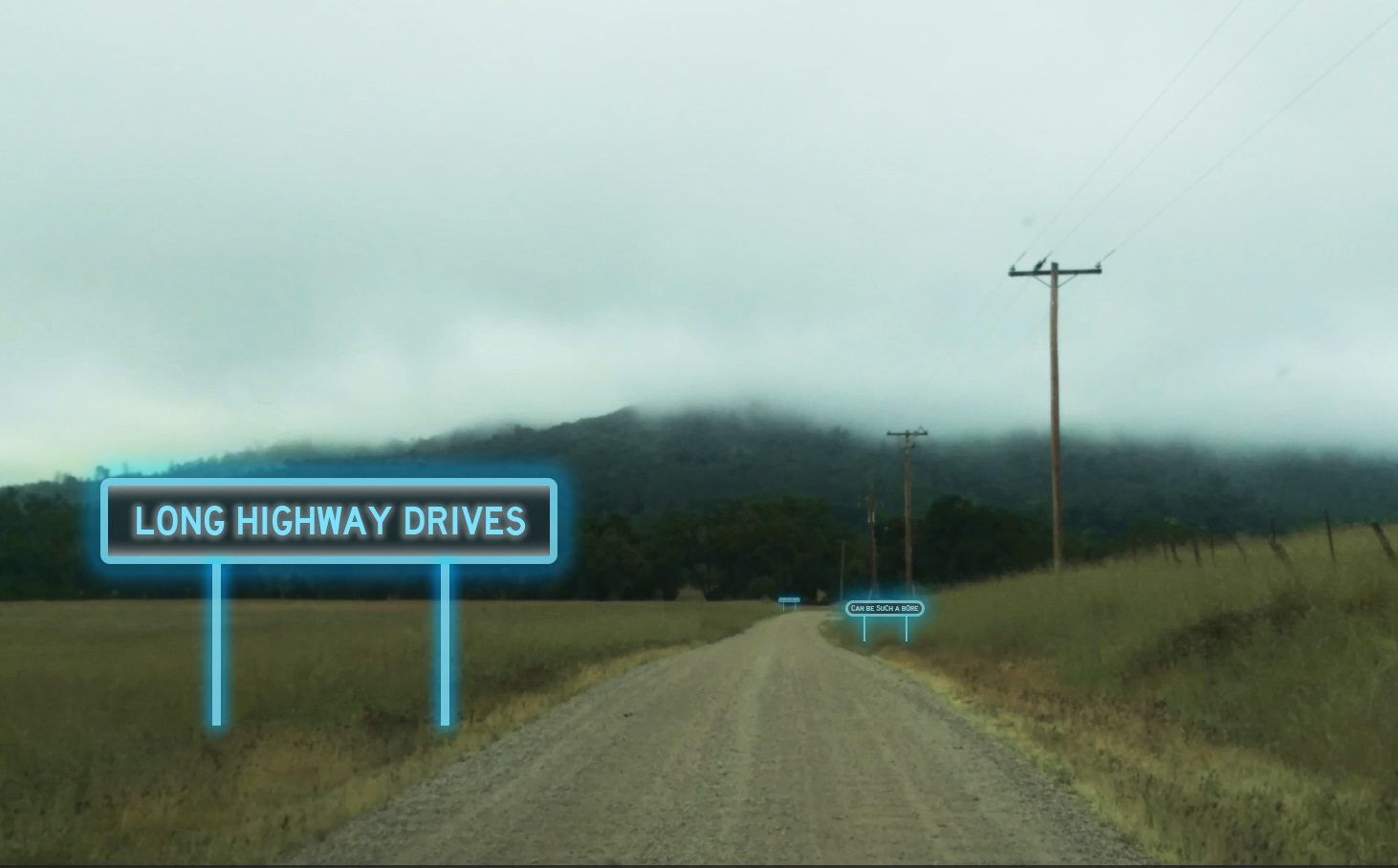 In May 2018 I participated in the Way Ray True AR Challenge, a design challenge for WayRay's Augmented Reality Heads Up Displays (HUDs).

Out of dozens of entries, our three-person team won First Runner Up, $3,000, and the opportunity to develop the app at an upcoming hackathon.

The AAA Foundation for Traffic Safety estimates that 7% of all crashes and 16.5% of fatal crashes involve drowsy driving. While the best option for drowsy drivers is to simply pull off and take a nap, the reality is that many drivers won’t.

Design a fun, game-like app that will help drivers become aware of their current state so they can make the safest decision possible. If driving, the app should help the driver stay alert and focused on the road while continuing to monitor their state and suggest pulling over as needed.

As UX Designer, I conducted research on use cases and existing solutions for drowsy driving. With this insight, I designed the user journey, including the use of light, poems, voice feedback, and game instructions.

The app is designed to be used by commercial or non-commercial drivers during periods of monotonous highway driving or other situations that may induce a “highway hypnosis” or drowsiness, particularly at night.

If a driver insists on driving, this simulation will help the driver stay engaged with the road using blue light, speech engagement, and fun audio and visual cues encouraging the driver to scan the road ahead. The simulation effectively monitors alertness and provides warning feedback to make drivers more aware of “microsleeps” (dozing off) and lapses in their own functioning, forcing them to acknowledge their state and reassess their driving ability.

The app could be packaged with other standard Advanced Driver-Assistance Systems (ADAS) or sold in the app store. It could incorporate advertising on virtual “billboards” along the road or as part of the signs themselves (inspired by Burma-Shave’s roadside ad poems). Another option would be to pair the app with additional technology such as eyelid-monitoring to alert drivers when eyes close, and licensed directly to commercial fleets that travel long-distance and/or at night.

At start, the user hears: “If you’re sleepy, pull over and take a nap. To keep driving, say, “Go!” When the user says, “Go!”, a set of objects appears on the horizon, flanking the road ahead. As each object is passed, a bell chimes. This sequence alerts the driver that they are about to pass a series of signs.

One by one, four consecutive signs appear, randomly assigned to the right or left shoulder to keep the driver’s eyes scanning the road ahead. The first series is always a set of instructions:

And make your friends proud

To win at this game

The last sign is glowing green. When the driver says, “Say the last sign aloud,” the sign flashes green and a bell chimes. After about 10-20 seconds, a different set of objects appears and the cycle repeats with new sign phrases, such as:

Can be such a bore

Be sure to pull over

If you start to snore.

If the driver fails to say the phrase before passing the sign, a buzzer sounds and a voice says, “Try again! Say the phrase on the last sign when it comes into view.” The same series repeats until the driver says the phrase correctly.

Several wrong answers will prompt audio urging the driver to pull over and nap.

Both the signs and objects incorporate a blue glow, as blue light may be nearly as effective as caffeine in keeping drivers alert and awake.

The command “Close game” will end the simulation.

Heads-up displays (HUD's) present some unique UX challenges. While much remains to be learned about this newer technology, there are important best practices emerging.

One of the main concerns of HUD design (and AR design) is color. With a constantly-changing real-world background, interface colors need to be readable on both light and dark backgrounds. Glass glare can further exacerbate this challenge. Research has found that the most consistently visible colors for HUD's are red, green, and blue.

The driver role presents an extremely vital consideration. A HUD should not distract the driver in any way, and should not provide unnecessary information. Any AR elements should be integrated into the real-world environment without drawing the eye too far from the road. For this reason, virtual roadside signs were a natural choice.